The mother of kidnapped Amanda Berry from Cleveland, Ohio went on “The Montel Williams Show” in 2004, about a year after her daughter’s disappearance to talk to a psychic and see if she could give her any information regarding her daughters’ whereabouts.

The psychic she spoke to is named Sylvia Browne and it seems that her specialty is giving psychic readings on TV. She told Amanda’s mother, Louwanna Miller, 43 years old at that time, that Amanda was no longer living and understandably, Miller broke down crying on the show.

The Cleveland Plain Dealer reports that Browne told Miller on the show “She’s not alive, honey. Your daughter’s not the kind who wouldn’t call.”

According to the newspaper, Miller took what the supposed psychic told her to heart, believing her “98 percent”.  In a sad turn of events, Miller passed away from a heart failure about a year after she received this news from Browne; she was only 44 years old and many believe she died of a broken heart after believing that her daughter was dead, thanks to Sylvia Browne. 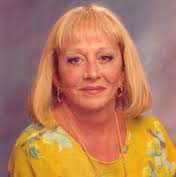 Berry, along with two other women named Gina DeJesus and Michelle Knight, was able to break free from the house to safety this past Monday. She was kept in a Cleveland house only 3 miles away from where she disappeared from for about 10 years.

Browne, as well as several other psychics, has been previously scrutinized for their involvement in legal cases.

For example, Browne was wrong again in 2003 when she told missing teen Shawn Hornbeck’s parents that he was dead and that her premonition told her that his body was located near “two jagged boulders”.

About four years after Browne’s comment, Hornbeck was found alive and the media heavily criticized her for causing additional unnecessary pain and suffering to his parents.

In 2006 a website called “Stop Sylvia Browne” was created by people who wanted to keep track of Browne’s failures.

Dwayne Baker knows all about psychics trying to contact you in the worst of times. His son disappeared in 2007 and he told ABC News that psychics were bombarding him with phone calls telling him that they have potential leads as to his son’s, Travis Baker’s, location.

“It’s very hard,” he says, “I went through everything. My son was missing for two years, two months, and 12 days. Psychics called me. I even received a DVD in the mail that a guy claimed he could talk to the dead and this was Travis’ voice, with no return address. I don’t understand why people would want to do that.”

He continues to say “The psychics…” and then lets out a long sigh, “I hate to say how may of those called me and said they knew where Travis was. My mother and wife went to one and paid them $100.”

According to a former FBI special agent named Brad Garret, alleged tips that psychics give them hardly ever contribute in solving a case.

“As far as finding a victim, finding remains, finding evidence or in any way helping to solve the case, it’s never been my experience,” he says. “So, it’s really a disservice to victims.”

After Samantha Koenig, 18, went missing in Anchorage, Alaska, Lt. Dave Parker of the police department said, “We’ve never had a psychic lead that turns out to be correct,”

Sylvia Browne is currently receiving a lot of backlash on social media sites for predicting Amanda Berry’s fate incorrectly. It is not known whether any of her psychic predictions have ever been correct or have ever helped solve a crime.

This is why reputable psychics don’t try to predict a person’s death and follow a code of ethics. Sylvia Browne’s incorrect prediction has caused unnecessary heartache for the family, friends, and supporters of Amanda Berry.

Cheating, is my husband or boyfriend cheating on me, love psychic, psychic readingLove and Relationships

New Jersey Psychic Arrested For Scamming Woman Out Of More Than $40,000 To ‘Remove Spirits’ From Her Life

How A Psychic Helped Me Grieve The Loss Of My Pet