Usually when we think of compassionate people, peaceful and spiritual people come to mind. People such as Jesus, Mother Teresa, Gandhi, Buddha and the Dalai Lama. They were all known for their heart of gold, their care of the suffering, and their selfless love.

The word ‘compassion’ derives from Latin where it translates to “co-suffering”. This is a pretty interesting definition if you think about it. It makes you wonder how a person can take care of a suffering person if they are suffering right alongside them. If two people are suffering, then you would think you just have double suffering without any relief, right?

To help us understand, Buddha gave his own definition of compassion: 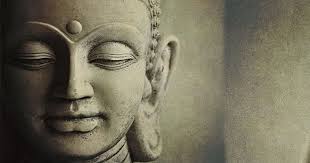 People who are overly empathic usually have a hard time coping with the emotional burden that comes with witnessing the suffering of others. They experience the emotional layers of sorrow, turmoil, despair and grief as if they themselves are experiencing these feelings. They can even come down with the same physical symptoms when faced with a person who is physically hurt. They actually take on that person’s pain and feel it within their own bodies.

Through no actions of their own, their consciousness merges with others’ consciousness. More often than not, there’s nothing they can do to stop this absorption of other people’s feelings and behaviors.

These extremely empathic individuals have either very little, or sometimes no, psychic boundaries. “They suffer from fuzzy boundaries,” says paranormal researcher Stanley Krippner. They endure physical and mental pain until they learn to take over their unconscious tendencies that cause them to absorb the feelings of others.

The good news is that empaths can learn to override these tendencies through a spiritual practice. This will help them elevate their spiritual energy and protect themselves from these unconscious actions that are causing them pain. 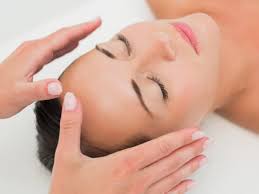 Psychic healing methods, such as Reiki and Quantum Healing, are part of a spiritual practice. The more they build and strengthen their talents as a healer, the greater their psychic boundaries become. This is why it is so important for empaths to learn how to expand their heart outwards through the spiritual practice of compassionate giving, instead of retracting within and closing themselves off.

Compassion is like a hug that comes from the heart. One’s heart moves to touch the heart of another’s and instead of dwelling on their pain, it comforts it as much as it can. A compassionate person might give a friend with an injured back a nice massage, offer to spend time with them in order to take their mind off the pain, or take time out of their day to run errands for them while they rest up.

Care giving is the act of compassion in action. Compassion is a strength that we should think highly of and welcome with open arms. Unfortunately, we only tend to do so when we are on the receiving end of a compassionate act. We need to learn be more appreciative of it in and look for opportunities to practice it as much as possible.

Compassion almost always requires a certain level of sacrifice. The amount we give is up to us. There are times however when we may need to pull back and set some healthy boundaries. For example, if we find that our compassionate actions feel more like an unappreciated strain that is hurting our well-being more than it is helping the others, we need to pull back. 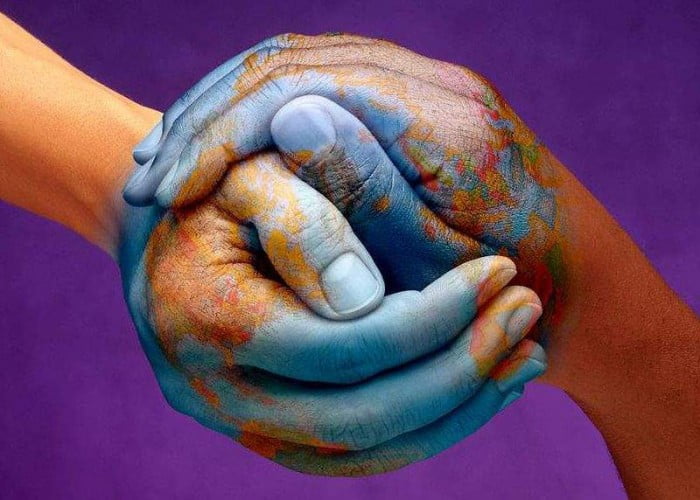 Giving compassionately doesn’t mean we have to lose or abandon ourselves.  It just means extending ourselves, but with healthy boundaries. I received an email from one of my Psychic Review Online readers, we’ll call her Joan (that’s not her real name).

Joan experienced something that troubled her and asked me for a referral to a genuine psychic reader who could advise her during this time. I pointed her in the right direction and she found a great psychic who she says helped her work through her feelings and taught her a very valuable lesson. Here’s her story and I hope we can all learn from it.

Joan was out running errands one day and came across a handicapped man who was hungry but had no money. He asked her if she could lend him a couple dollars until he received his social security check. She felt for him so she gave him some cash, a twenty-dollar bill. The man kept insisting that he wasn’t a charity case and wanted her phone number so he could reach her to pay her back. She wasn’t able to convince him to take it as a gift so she gave him her number. Well, Joan moved across the country for a job soon after and forgot about that interaction.

It all came back to her several months later however, when she received a phone call from a hospital administrator in the city she used to live in. The administrator told her that she was calling on behalf of a Mr. Smith who had been admitted to the hospital and who had designated her as his responsible party. Joan couldn’t believe this was happening, and even admits to having a laugh about it to herself. “This is what I get for trying to do something nice!” she thought to herself. She explained the situation to the employee and the employee thanked her for her time and told her they would take care of it.

Joan sat down afterwards and thought about how awful it was that he did not have anyone else in the world to call on during his time of need except for her. It was clear that he didn’t have any friends or family he could depend on to take care of him when he needed them the most. Joan remembers kneeling down and extending her heart to his in prayer. She prayed for him to receive the care and love he needed during this difficult time. She felt that there was nothing more she could do except put it in the hands of a Higher Power and hope that he would be ok. 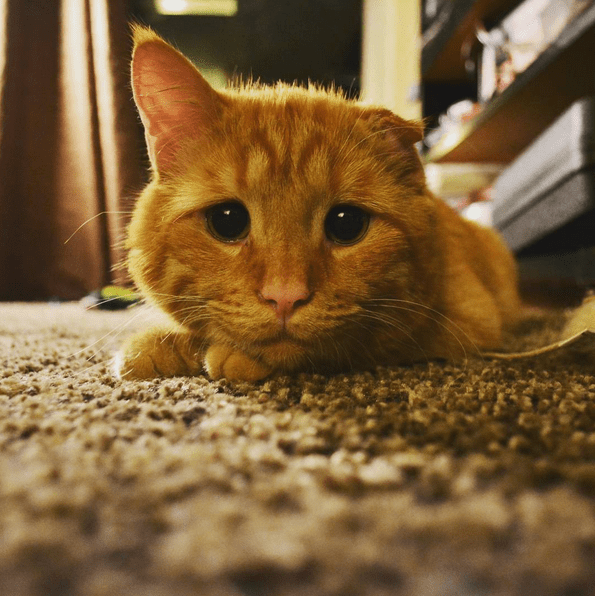 Despite her best efforts, Joan couldn’t shake the feeling that she had failed Mr. Smith. She felt selfish for not doing more for him and kept imagining him alone in the hospital room across the country. She would get depressed when thinking of the situation and had a hard time eating and falling asleep most nights. This is when she decided to consult a psychic reader for spiritual guidance and contacted me for a referral.

She chose a psychic based on my reviews and had a great reading. The psychic made her realize that short of abandoning her own family and responsibilities and moving back across the country to devote herself fully to his care, it was really beyond her control.

The reader advised Joan that making a donation to the hospital on behalf of Mr. Smith might lighten her emotional load and give her some relief. Joan organized a bake sale at her local college campus and donated her earnings to an organization that helps cover medical costs for those who can’t pay.

The psychic reminded her that he will be taken care of, thanks to the compassion of thousands like her who donate to these organizations.. Joan felt like a weight was lifted off her shoulders after that day. Her sleep returned to normal and she no longer felt selfish.

She found that such a simple act of compassion had given her life a whole new meaning. She is now very active in fundraising drives and spends her free time visiting a local nursing home, spending time with those who could use the company. She told me that this has improved her life in ways she never knew were possible.

It can be difficult it is to say “no” sometimes, but it is ok to do so if something is beyond your abilities. It isn’t going to be the end of the world if you withdraw and protect yourself from someone you feel compassion towards. After all, there are other wells in the desert besides yourself and it usually takes a village to help when things are hard. 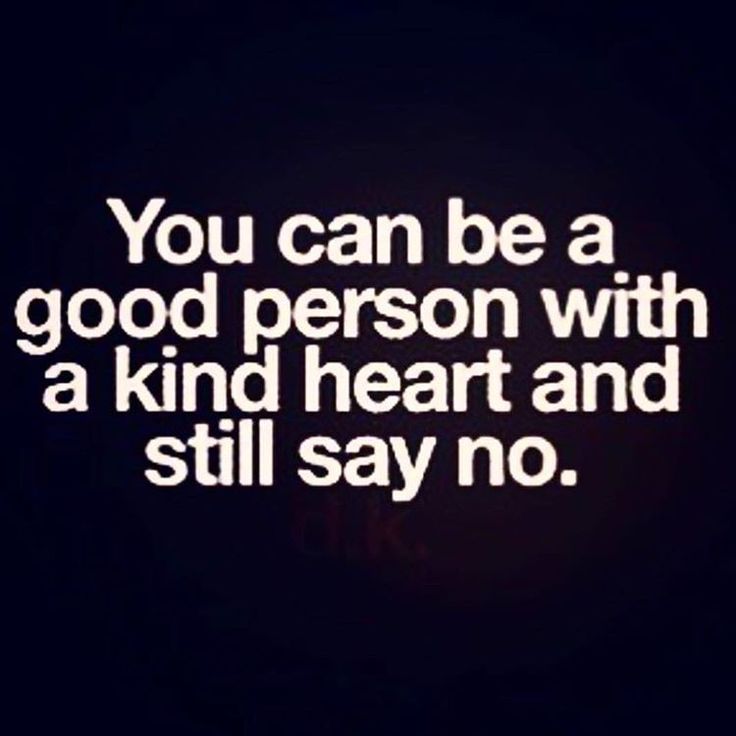 Just as there are compassionate beings, there are also those who seem to be “extreme do-gooders”. These individuals are addicted to doing things for others and will literally give you the shirt off their back in a flash.

This seems like a good thing, but more often than not, these “extreme do-gooders” aren’t acting this way because they are compassionate. They do it because their whole self-esteem comes from sacrificing themselves to others, with no regard for their feelings and little or no respect for themselves.

Unfortunately, in this day and age and in our current society, our culture views compassionate giving as a waste of precious time and something to frown upon.

For these reasons, it is a highly-neglected act. So many people feel that compassionate giving is too much to deal with emotionally. They recoil in defense when they are confronted with someone in need, instead of reaching out to help.

A lot of people are more likely to offer judgement and harsh criticism instead of offering a helping hand. They feel that everyone should be able to take care of their own life without needing others.

Imagine what the world would look like if they knew how heartless they have become and how they themselves are the ones in need of love and compassion the most!

If you’re ever in doubt about extending yourself compassionately to anyone who needs your help, go ahead and give lovingly and with joy in your heart. Imagine that every person in need that you cross paths with was placed in your life by a Higher Power. That these opportunities were extended to you so that you would be able to experience the joy that is giving compassionately.

In the words of Mahatma Gandhi, “Compassion is a muscle that gets stronger with use.” Flex that muscle and do your part for a better world, but know that it’s okay to have boundaries. Don’t do anything that can get you hurt or that requires more from you than you have. Find a way to help without losing yourself in the process. Remember that you have to take care of yourself before you can take care of others.

6 Things I Learned From Psychics About Conquering Fear

What A Psychic Taught Me About Natural Healing

Psychics Reveal 7 Ways To Know If A Place Is Haunted

How The US Government Tried To Make Psychic Spies

A Look Into The Life Of Gordon Smith, The Psychic Barber

Are Psychics Satanic Or Evil In Nature?

All About Psychic Readers