A mother and daughter joined forces in Florida to con a Boynton woman out of her life’s savings. They convinced her that she needed to pay them for removing a curse. The mother-daughter team convinced the victim that an abusive ex-husband had cursed her money and that she needed to hand it over to them so they could remove the evil spirits from it.

The 62-year-old woman placed her trust in the duo and gave them more than $1.4 million before she realized that she had been conned.

“They fed on my vulnerabilities like psychological terrorists,” the woman told a federal judge on January 17th in court. She is being identified as Ms. O for the time being. “They have put me in a state of destitution from which I will never recover,” she added. 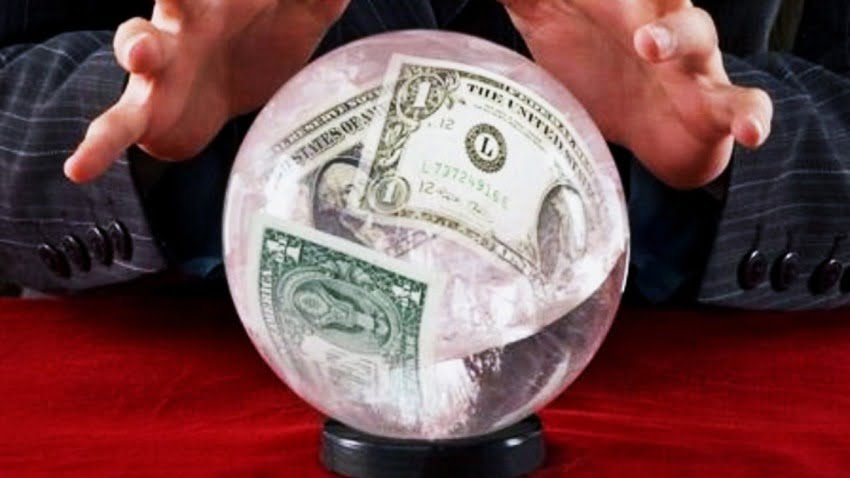 The psychic scam pulled by the mother-daughter duo is a common one used by frauds who pretend to be real psychics.

Unfortunately, it has worked to swindle thousands of victims throughout the years. It also gives legitimate psychics a bad name and reputation.

This is a shame as there are authentic psychics who are gifted with unique abilities and who can shed light on important issues.

For the most part, these scams are hard to prove and the justice system either ignores them or doesn’t treat them as seriously as they should.

However, thanks to the unrelenting work of people like private investigator Bob Nygaard, more and more psychic scammers are getting arrested and sentenced in court.

Such is the case for 74-year-old Annie Vwanawick and her daughter, 44-year-old April Miller. These self-proclaimed psychics have been sentenced in a South Florida federal court.

The scamming duo requested that the judge let them stay out of jail so that they could raise money and repay Ms. O and a man from Boca Raton who they conned $9,000 from in a similar scam. The judge, U.S. District Judge Kenneth Marra denied their request and ordered that they serve prison time for their crime.

The women’s defense attorneys, Melanie Malave and James Lewis, claimed that the pair are part of a large and far-spread gypsy culture which forced them to become fortune-tellers. According to the attorneys, if the women had refused to carry on the family business, they would have been shunned and cut-off from their families.

This claim did not affect Judge Marra’s decision and he was not fazed by the women’s pleas for mercy.

“Can you basically steal $1.5 million from someone and get a non-incarcerative sentence?” Judge Marra asked the women. “Would that promote respect for the law? Is that just punishment?”

He then answered his own question by saying, “I don’t think so” and passed down his sentence. 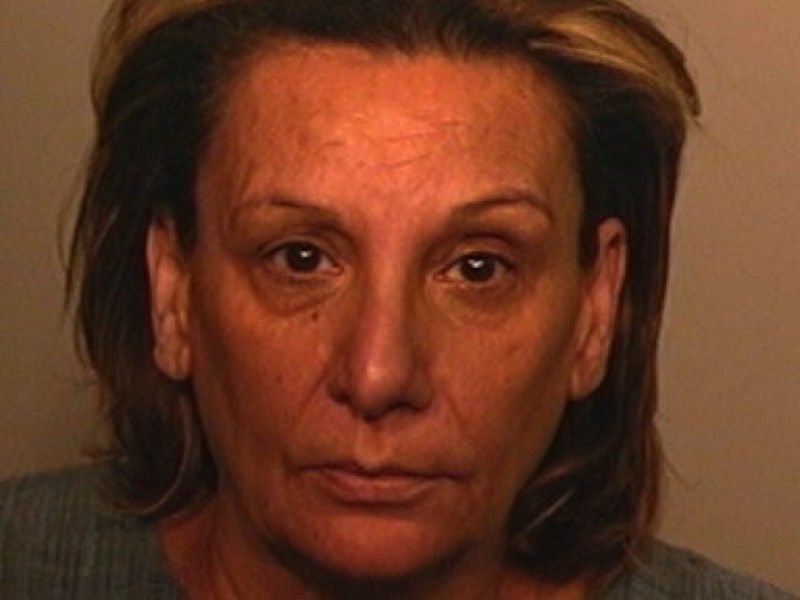 He sentenced Vwanawick, who also goes by the name Grace Uwanawich, to a 3.5-year sentence. It was discovered that Vwanawick has been arrested in the past for similar fortune-telling scams as far back as the 70’s.

He sentenced the daughter to a two-year term. They were both ordered to report to prison on March 23rd, 2020.

Ms. O had previously asked the judge to lock the mother and daughter up for as long as 20 years.

She was disappointed in the sentence that they received, feeling that it wasn’t nearly enough punishment for what they did to her.

“I will be the one sentenced to live out the rest of my life in poverty because of what they’ve done to me.”

Private investigator Nygaard, who is from Boca Raton Florida, agreed that the punishment was not nearly enough for the women. He has brought down his fair share of scamming psychics and is very interested in the justice aspect of the crimes.

“This crime will never stop unless you take the incentive out of it. This sentence does not deter crime,” he said.

He is referring to the fact that even though the women repaid $97,000, they still ended up keeping at least $1.3 million from the scam. He feels that spending three years in prison in exchange for $1.3 million is a deal that a lot of people would be willing to make.

Marra stated that the maximum sentence recommended under federal guidelines was about four years. He knew he wouldn’t have been able to go over that sentence by even six years but especially not by 16 years as Ms. O had hoped.

The other victim, a man only identified as Mr. A, and Ms. O both stated that they were at the lowest point in their lives when they met the mother and daughter team.

He said that when he first began talking to Vwanawick, his wife was having serious health problems and his business was struggling to stay afloat. The mother and daughter told him that they saw a dark force surrounding his family and that only they could lift the curse.

They told him that since they were “white squaw of the Cherokee Indian Tribe” they would be able to cleanse his money for him.

Since Mr. A was in a vulnerable mindset, he trusted them and gave them what they asked for in the hopes of turning his life around for the better.

Ms. O said that she was told pretty much the same thing by the women. They told her that her future looked bleak and disastrous but that they could change that for her.

She was in the middle of a nasty divorce when they came into her life. Her husband was an abusive alcoholic and she was willing to do anything possible to get her life back on track. This is the mindset she was in when the daughter came up to her in 2010 at a nail salon.

At first the women asked for cash to buy crystals, candles and other religious relics but that quickly turned into requests for large cash payments for their services. She was in a weakened state and the women they knew that.

Ms. O began withdrawing tens of thousands of dollars from her bank account for them and even gave the pair almost $50,000 in jewelry at their insistence.

Of course the mother and daughter promised to return the cash and jewelry after they had cleansed it of the evil spirits. When Ms. O showed hesitation at their requests, the scammers told her “I swear to you, in Jesus’ name, we want nothing from you.” This set her mind at ease and she decided to trust them.

Sadly, when Ms. O asked for her money back after some time had passed, the women’s attitudes towards her changed and they began treating her badly.

At one point, Ms. O decided to record her conversation with the pair so that she could have proof for the FBI and Vwanawick was heard saying, “You must be very stupid” when asked to return the money.

Ms. O tried to get the pair to give her a receipt every time she gave them money or jewels but they told her that they were unable to write and that it was also against their culture. This didn’t keep her from keeping her own record though and she kept a very detailed log of everything that she handed over to them.

In court, the duo plead guilty to conspiracy to commit wire fraud and they both admitted to the crime. When they were told the amount they were being accused of stealing they argued against that number. They claimed that at the very most, they ‘only’ took $800,000 from both Mr. A and Ms. O combined.

Despite their arguments, Judge Marra ordered them to pay $1.4 million in restitution but acknowledged that he didn’t believe they would ever repay it. 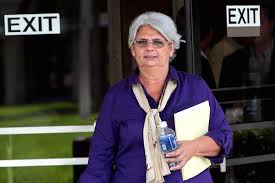 Rose Marks, second to left, with her family

Florida is no stranger when it comes to incarcerating psychic scammers. Back in 2014, a West Palm Beach jury convicted a Fort Lauderdale psychic named Rose Marks of over a dozen crimes.

She was found guilty of swindling almost $18 million from unsuspecting victims. This case got a lot of attention because one of those victims was best-selling romance author Jude Deveraux.

Other members of Mark’s family were also involved and prosecuted in the case but Rose received the toughest sentence and is serving a 10-year term.

At the beginning of 2020 a woman running a psychic scam out of her homes in Palm Beach and Broward County named Sherry Tina Uwanawich was also sentenced.

The 28-year-old supposed psychic (who is not related to this Uwanawich) was sentenced to almost three years in prison for her $1.6 million psychic scam.

Although the sentences don’t seem long enough for the amount of money that was stolen from people, it’s refreshing to see this type of crime get more attention.

People are noticing the real threat that fake psychic scammers pose and are becoming more aware of what to look for. I have personally learned who I can and cannot trust after also being conned by a mother-daughter team.

Even though these frauds give psychics a bad name, there are authentic psychics who don’t operate this way and that can be trusted. I’ve done a lot of research and personally use the psychics on my reviews page when I need help.

These online psychic networks vet, test, verify, and constantly monitor their psychic advisors. They abide by a certain set of ethics and never use dirty tactics to get money.

Check them out on the box below if you’re looking for someone honest you can turn to for guidance and advice.

Psychic Still In Business After Scamming Almost $200,000 From Victim

Real Psychic Stories Of The Rich And Famous

Massachusetts Man Is Both A Lawyer And A Psychic

An Insightful Interview With Hope From Psychic Source

The 6 Best Crystals For Deepening Your Intuition