A self-proclaimed psychic/palm reader named Tracey Milanovich was arrested in Massachusetts just days after Christmas. She was arrested on December 27th of 2019 and has been accused of scamming a woman who came to her for help out of more than $70,000.

Milanovich convinced the victim that her 10-year-old daughter had a demon inside of her that needed to be exorcised and took her money to supposedly remove it. Somerset Police say that Milanovich carried this scam out of her private business called Tracy’s Psychic Palm Reader on Counter St. in Somerset Massachusetts.

The police report states that the victim went to see Milanovich on November 15th at her place of business and left there convinced by 37-year-old Milanovich that her daughter was being possessed by a demon.

Milanovich, who is also known as Ms. Tracy, lied to the victim and told her that her daughter “had something inside of her that was bad” and that she was “dead in God’s eyes,” according to the police report.

The report also states that Milanovich told the victim she would have to “purchase her daughters soul back” if she wanted to keep her daughter safe. The victim gave the con artist a large chunk of money and Milanovich continued to ask her for even more day after day following the initial consultation. 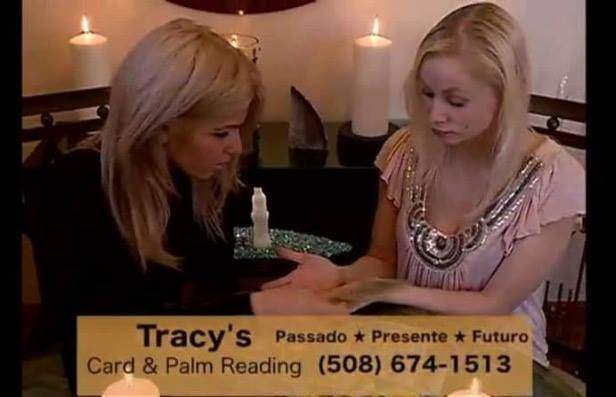 Milanovich kept telling the victim that previous payments only cleansed “part” of her daughter’s soul and that more payments were needed to fully remove the demon.

The victim placed her full trust in Milanovich and paid what she was asked to in order to, as she was made to believe, keep her daughter out of harm’s way.

Milanovich allegedly told the victim that the way she would exorcise the demon out of her daughter would be by taking it out of her body and placing it inside one of her Barbie dolls.

She told the victim not to tell anyone about what was happening, otherwise the “spirits would know” if she talked about it and it wouldn’t work.

She convinced the victim that this would take not only a whole lot of money but expensive household items as well. All in all, the victim was scammed out of about $71,000 and was made to purchase various household items for Milanovich, including luxury bedding and towels.

Fortunately, the victim decided to tell her husband about what was happening and he contacted the local authorities. Police then launched a formal investigation against Milanovich on December 17th.

After enough evidence and with a warrant for her arrest, police were able to arrest Milanovich. She is now facing charges of larceny, intimidation of a witness, and numerous counts of obtaining property over $250 by trick.

Policy are asking anyone who believes they were scammed by Milanovich to please call them at 508-679-2138.

How To Fight Loneliness And Be Happy

Psychic Shares 7 Ways To Know If Your Partner Is Trustworthy

Can I trust my boyfriend, can I trust my husband, is my partner cheating on me, love psychic, love readingLove and Relationships

These High Powered Execs Say Psychics Are Making Them Rich

What’s The Difference Between Tarot And Psychic Readings? Is One More Accurate Than The Other?

Questions To Ask A Psychic During Your Reading