Meghan Markle’s personal psychic gave RadarOnline.com an exclusive interview and revealed a lot of interesting information about the mother-to-be. In it, he stated that it was her destiny to be married to Prince Harry, and that he is a bit concerned about her safety now that she’s part of the British royal family.

The psychic, 73-year-old Richard Win, told the website that Meghan is having a hard time dealing with backstabbers, coming to grips with the constant spotlight thats on her, and adhering to the very specific royal protocol that is expected of her.

She is a very free-spirited soul, so naturally it’s going to take some time to get used to the strict etiquette required of all the members of British royalty.

Before she began dating Prince Harry, Meghan was an actress in a popular show called “Suits”. Win says that because of this, she is “well-seasoned in show business and should be able to deal with the attention.

But I sense it’s difficult for her to handle the publicity and fame. People get jealous and don’t have your best intentions at heart, so you get trust issues.”

Win expressed his fear that Meghan might be destined to the same fate as Prince Harry’s late mother, Princess Diana.

“God forbid, I pray she gets good protection”, said the psychic.

He stated that he didn’t want to alarm Meghan, and therefore avoided mentioning any “dark things” in her future during their sessions.

“I’m just praying Meghan has a long, healthy, happy and prosperous life. I don’t like to see darkness,” he said. 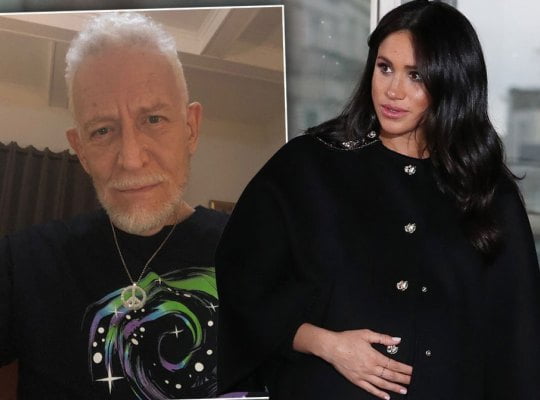 The psychic, who charges $500 an hour for his services, is a favorite amongst many Hollywood A-listers.

He states that Meghan started consulting with him in Los Angeles back in 2016, just weeks before meeting Harry and catapulting from small-scale TV actress to royal superstar.

Win states that at the time, even though she was an actress, she showed no interest in pursuing a Hollywood career for the rest of her life.

“I see so many driven, ambitious actresses in my job, and in this town, but Meghan just wasn’t like that. And that really impressed me.

I mentioned the possibility of her doing movies and Hollywood, but it wasn’t her thing.

She had no interest. Instead she used to talk about food lots, and how she loved to cook. She told me she wanted to do a cooking show on The Food Network.”

At the time of her consults with Win, she had been divorced from her first husband, a producer named Trevor Engelson, and was currently engaged to marry a Canadian chef by the name of Cory Vitiello.

“She was madly in love with Cory,” Win says. “Meghan thought he was going to blow up big, like Wolfgang Puck. She wanted to be a part of that and do a show with him.”

However, despite her love for Vitiello, her intuition had other plans at the time. She confessed to Win that in her heart, she felt her a different destiny awaited her.

“I never predicted she was going to be with Harry so I don’t want to be credited with that, but I did tell her I could see her in London — and she said ‘I love London and I love British guys,'” says Win.

Fast forward a few months later and the chef was no longer in the picture. She met Harry- her literal Prince Charming– and everything else just fell into place for her. She is now seven months pregnant and, according to Win, is hoping for a baby girl.

“Meghan is a Leo, s a lioness- she will be a very protective mum, and I’m not sure she’ll want her children in the spotlight which might be tricky,” he stated.

It’s no secret that even before meeting Prince Harry, Meghan was infatuated with his late mother, Princess Diana, who passed away in Paris in 1997 due to a car wreck. 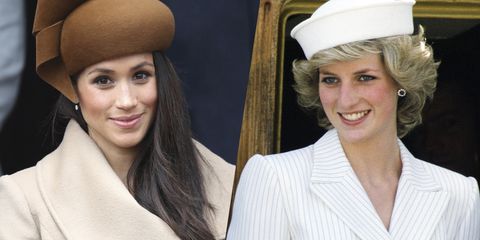 Very much like Meghan, Princess Diana was also a very spiritual woman and would often consult with a psychic advisor.

In fact, the princess’s personal psychic, Sally Morgan, had a vision of her body being pulled out of a vehicle inside a tunnel a year before it happened!

She consulted with Morgan on a daily basis for four years.

Andrew Morton, Princess Diana’s biographer, believes that Meghan’s goal has always been to be viewed and thought of with the same admiration as Princess Diana.

An insider told the magazine that Meghan herself told a friend, “Diana and I are so much alike”.

Win doesn’t think it’s a coincidence that Meghan, who believes in the afterlife, and Diana have shared a spirituality. Diana believed in ­reincarnation and, as I mentioned before, regularly saw energy healers and psychics.

“I didn’t know Diana, but I think she and Meghan share the same humanitarian compassion.”

Win states that Meghan liked to gush to him about how she is doing humanitarian work just like the late princess, who was well known for her charitable and philanthropic deeds.

She also told Win that very much like Diana, she wants to visit Africa and do her part to help those in need there.

The psychic ended the interview by saying; “Meghan is a very spiritual person with a wonderful energy about her. This marriage was a divine plan for her life- Harry was destined to be part of her life.”

Telekinesis From A Scientific Perspective