Melissa Moore, a horse stable owner in Kentucky, didn’t pay any mind to a pet psychic who tried to tell her that her two lost dogs were stuck in the mud. It wasn’t until a few days after she was told this that she realized exactly how accurate that statement was. That’s because days after the pet psychic gave her this information, her dogs were discovered in the bottom of a muddy hole, trying desperately to get out of it.

“I know. It was weird,” Moore told InsideEdition.com during an interview.

“In addition to that, there’s a vineyard next door so we probably have 300 acres they can roam around on, but they always stay pretty close to my barn,” said Moore.

“They know their way around and all the neighbors love them- every once in a while, they wander and visit,” she added.

Moore and some of her clients were getting ready for an important out-of-town horse show, set to take place the following week when her two younger dogs, Sunny and Annie, snuck out of her office. Moore didn’t pay much attention to it at first, but she started to get nervous when they still hadn’t come back by the end of the day.

Filled with nerves and anxiety, she started calling her nearby friends and neighbors, to ask if they had seen them and to tell them to please keep an eye out for them. Nobody had seen or heard them, and when they were still nowhere to be found the next morning, she began calling pounds and animal shelters to ask if they had been picked up.

When that yielded no results, she spent the next few days sending out search parties and even using her sister’s boyfriends’ power parachute in order to get an aerial view of her property. “I went into full panic mode,” Moore said.

Despite all her efforts, it was actually one of her clients, a pet psychic, that ended up telling her exactly where her furry friends were.

Moore described her client as an animal communicator who is often hired to better understand a horse when they are acting out or seem unwell. The client is a mediator between humans and the horses. She speaks on behalf of the animals, telling the owners what’s wrong with him or her.

“I sent her a picture of the dogs, and she said, ‘They’re trapped in mud,’” says Moore. “I walked along the creek line into the other farm around us and nothing. I found nothing. I was like ‘OK, she has no clue what she’s talking about. This is the only place with mud.’”

Time came for Moore to attend the horse show she had been preparing for, and while she was out of town, her friends and family members stayed and kept searching the property for her dogs.

As if this wasn’t hard enough for Moore, her senior dog Sam’s health began deteriorating right before she left town for the show, and she had to make the difficult decision to put him down. 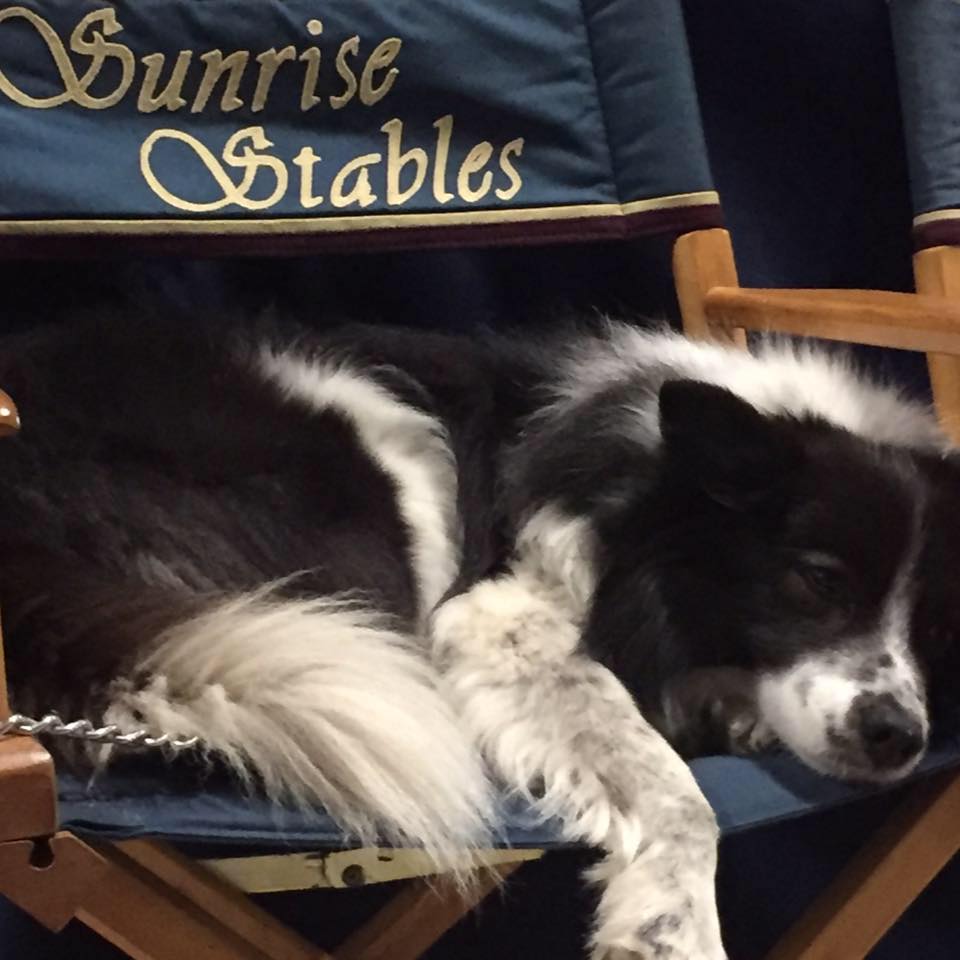 “He was in very bad health but I wasn’t going to put him in a kennel because his friends were gone. It was so sad. I was just depressed. It was terrible. I left with three dogs, I came back with no dogs,” said Moore.

By the time Moore came back from the horse show,  two weeks had passed since her dogs had disappeared. She never stopped looking for them though, and held out hope that they would come back any day.

Then, one day she got a call from the neighbor who owns the vineyard next door to her. He had been gone on a long trip and had just returned.

Shortly after returning from his trip, he decided to mow the grass on his property and his tractor dipped into a hole he didn’t know was there. He looked down from the tractor and saw Moore’s two dogs at the bottom of the hole, which was about 5.5 feet deep and 3 feet wide.

“The walls were straight up, and you could see claw marks all the way up the hole- one of the dogs’ little toe nails were all gone, you could tell she was trying to get out the whole time,” said Moore. “When he got them out of the hole they just took off running.”

Moore said that they were able to survive the brutal Kentucky summer temps because of the rain they had experienced while they were missing.

“Well, they were trapped in mud- how would she have known that?” Moore said.

She took them to the vet and was told that aside from a little dehydration, Sunny and Annie were in good shape, despite their ordeal.

“They’re very happy and I’m happy- I think I’m more happy than they are,” said a relieved Moore.

Psychic Uses Her Gifts To Serve God And Help People

Psychic Claims To Have Contacted Steve Jobs In The Afterlife