Relationships experience problems, whether they’re brand new or already well-established. It doesn’t matter if you began dating as soon as you met or if you were friends long before dating.

The good news is that usually, these problems aren’t extremely difficult to fix. The bad news is how you deal with the issues can affect the relationship overall.

Couples tend to make critical mistakes during fights and arguments that damage the relationship worse than the actual argument! These mistakes can occur so casually and naturally that they feel like second nature.

Below are the five most common mistakes that can kill your relationship:

Mistake # 1 – Constantly Competing With Your Partner 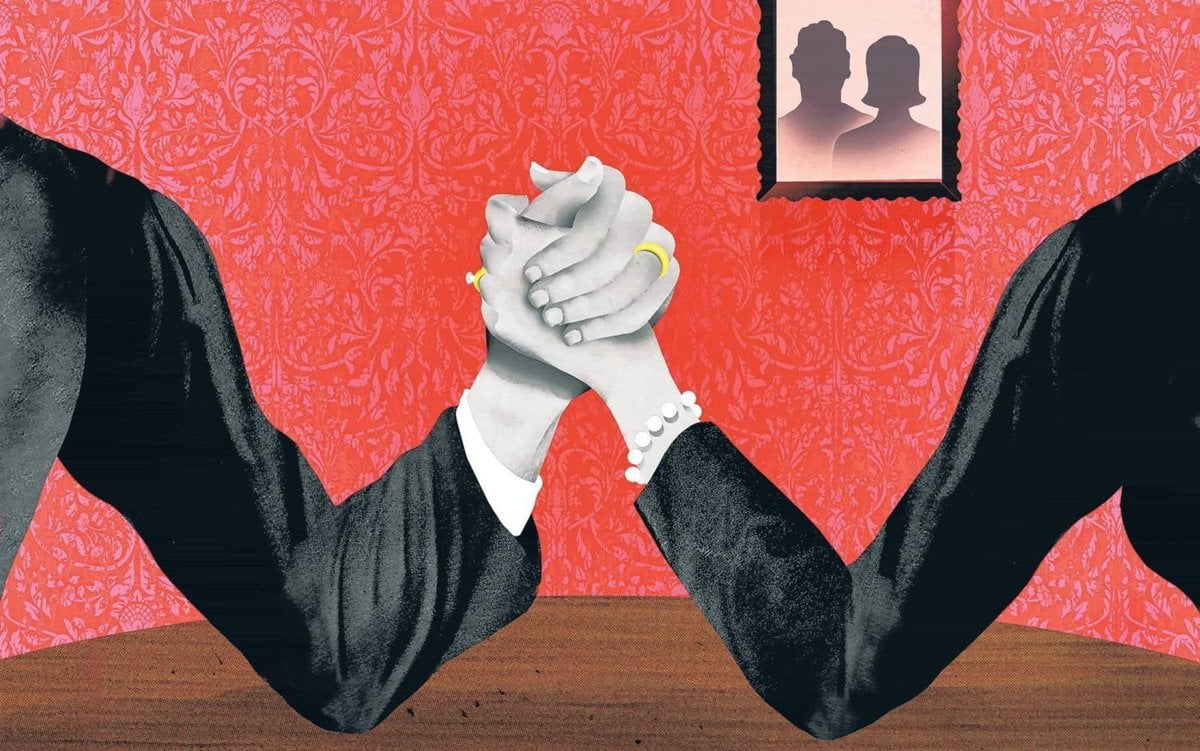 This mistake is so common that you or your partner might not even know you’re doing it. It subconsciously happens because humans are natural-born competitors and have to feel like they’re on top of the world and are good at everything they do.

While this is necessary for survival in the wild, it’s completely unnecessary in a relationship and will only damage it.

You might not even be feeling in a competitive mood at the time, but all it takes is your partner’s distinct look, phrase, or body language to trigger you to want to compete with them and “win.”

This competition could begin very subtly and quickly turn into a full-blown war in no time. People usually compete with others when they feel low about themselves and need to prove their power and worth.

This is especially true in relationships because losing your sense of self is easy when you’re in a committed relationship. You might feel small, helpless, or like you don’t exist without your partner.

This subconsciously triggers your mind to start trying to dominate everything. You might find yourself competing with your partner by making small, mocking, or sarcastic remarks about how they’re doing something.

Some even go as far as publicly humiliating their partner by yelling at them, talking down to them, being rude to them, or even physically grabbing or hurting them.

This behavior naturally makes the other person feel small and worthless, so they get triggered to prove themselves in return, and the next thing you know, you’re both competing hard against each other.

You must avoid this mistake at all costs! It’s unnecessary and has no place in modern relationships.

Value your partner as if they were priceless and treat them like they deserve to be. Let go of those cave-man ways and be the improved version you know you can be.

Even if you know you’re right and your partner is making a mistake, resist the urge to mock them or make them feel bad about it.

Let them make the mistake (if it won’t hurt them), and they’ll be less likely to repeat it. People learn by cause and effect; sometimes, that’s the only way something will stick.

When they realize they made a mistake, don’t say things like “I told you so,” “I knew that would happen,” or “You should’ve known better.”

Mistake # 2 – Thinking You Can Read Your Partners Mind 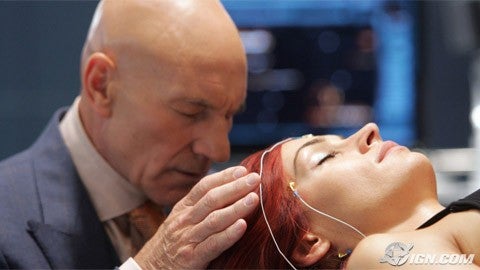 Thinking they’re a mind-reader is a mistake A LOT of people in relationships are guilty of making.

Consider the example below of a couple driving to an unfamiliar destination and the woman realizing they’re lost:

Woman: [In a worried tone] “I really wish we would’ve printed the directions before we started driving, I think we took a wrong turn somewhere.”

Man: [In an annoyed tone] “We don’t need directions, I know where I’m going and we’ll get there fine.”

Woman: [In an even more worried tone] “I just feel like we need to turn around and go down the other street because I think we’re already lost and I hate to be way late.”

Man: [In an angry and annoyed tone] “You just happen to know everything, don’t you?? Maybe you should be the one to drive us around everywhere since you know so much!!”

Woman: [In a surprised tone] “Whoa, why are you getting so mad at me about this? I’m just trying to help.”

Man: [In a confrontational tone] “Because you always think I’m too stupid and dumb to ever do anything right!”

Woman: [In a defensive tone] “Why are you accusing me of thinking you’re too dumb to figure it out? I never thought that, but now I know what kind of person you really think I am!”

Next thing you know, they’re in a full-on war against each other. They start bringing up other unrelated things to hurt each other further and “win” the argument.

Doing this accomplishes only hurt egos and feelings- nothing else.

The worst part is that it was completely unnecessary and all started because one person assumed they knew what the other person was thinking about them.

You must maintain trust and respect for a relationship to run smoothly and last a lifetime. Please don’t assume anything about your partner, and don’t get upset when they think you’re making assumptions.

They’re just projecting how they feel about themselves, and it’s best to be the bigger person in this instance.

You can talk about and discuss the event when things have calmed down without getting angry or emotional.

Mistake # 3 – Discussing Your Fights And Arguments With Others 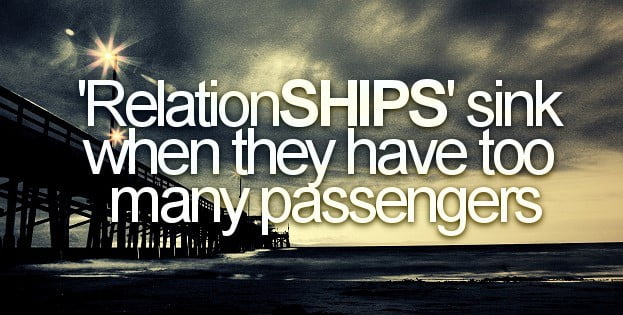 Nobody’s relationship is perfect; I can almost guarantee that.

Contrary to what Disney wants us to believe, we probably aren’t going just to be walking along one moment and catch the eye of our handsome prince who will sweep us off our feet and take us away to live happily ever after.

Don’t get me wrong, your prince charming does exist and is out there; however, it takes work to find them. And once you do, you’ll have to put effort into the relationship to keep it strong.

Because almost no relationship is perfect, you must realize there’s no reason to involve others in your fights and arguments.

Leave loved ones out of it- you don’t need anyone to agree that you’re right and your partner is wrong. Doing this is a HUGE relationship killer!

It may not seem like a big deal if you want to tell your best friend, your mom, your siblings, or worse- THEIR friends and family- but it’s a bad idea.

Don’t get me wrong, venting or getting advice from loved ones is a great idea when you’re going through other types of problems, just not problems with your relationship.

You’ll Get Over It, But Will Your Loved Ones?

The problem with talking negatively about them to these people is that it will make them upset with your partner and maybe resent them, especially if they’re your friends and family.

Then when you decide to make up a day later, and you’re perfectly fine with your partner, guess what?? The people you aired all your dirty laundry to will not be over it and will still be upset with them.

They may begin avoiding your partner and turning down invitations to spend time with both of you.

This avoidance will further cause you to resent your partner because you’ll be upset that they’re the reason people don’t want to hang out with you anymore, which isn’t fair to them.

Unless you’re genuinely looking for advice that you’re willing to follow through with, avoid talking about your problems to close ones.

This is one of the most significant benefits of talking to an unbiased and professional psychic advisor about your relationship.

They will not be involved in your life outside of the reading and will give you insightful and valuable advice that others can’t. You don’t have to go it alone; you need to pick the right people to discuss it with.

Mistake # 4 – Shouting And Yelling At Your Partner 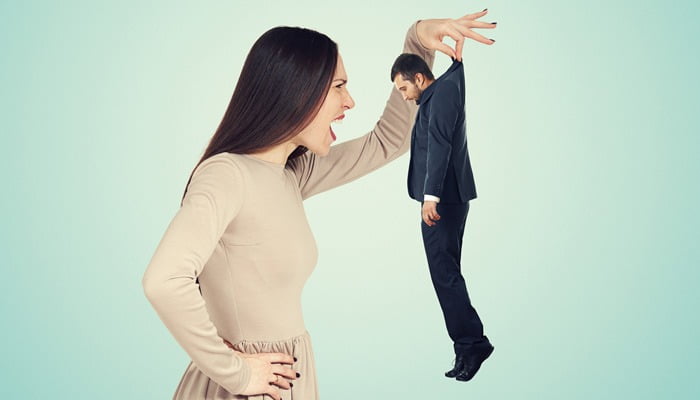 When arguing or disagreeing on something, it’s unnecessary to scream at each other unless you’re in different rooms. You shouldn’t be in separate rooms either if you’re trying to discuss important matters.

Whether you realize it or not, you’re trying to control your partner when you raise your voice at them. We’re biologically programmed a lot like animals in the wild.

Have you noticed what animals do in their natural habitat when they feel cornered or threatened? They try to make themselves look and sound bigger to scare the threat off.

This tactic is basic intimidation, and your yelling at your partner is the same. I know how difficult it can be to keep from yelling and remain calm when mad.

Just know that it doesn’t help the situation at all, and even if you “make up” for the problem, your partner will not just magically forget this and may start to resent you for it.

Resentment is an excellent way to kill the romance in any situation and make them grow cold towards you.

People can only take so much before they realize they don’t need this kind of behavior or person in their life, no matter how many times they apologize.

It’s best to avoid it altogether in the first place and talk about what’s bothering you like an adult and not like a child.

Mistake # 5 – Clamming Up Or Shutting Down During Arguments 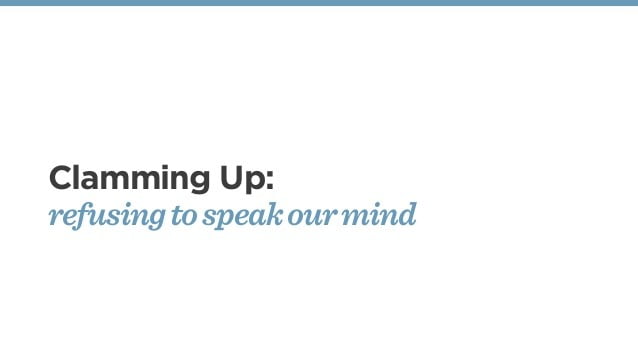 On the opposite end of the screaming and yelling is clamming up or shutting down. There are many reasons why people do this during or after an argument, like:

It doesn’t matter what the reason for clamming up during an argument is; the result is the same- your partner will feel like you’re shutting them out of your life.

This can them to feel angry, agitated, or unloved.

It’ll get you nowhere fast, so the best thing to do is to talk about problems as reasonably as possible instead of walking out or not replying when they’re talking to you.

Do you feel like you’re constantly making these relationship mistakes and don’t know how to stop?

If you’re unable to make sense of all the fights and arguments you seem to keep having in your relationship, it may be time to get help from a genuine psychic.

They can help you understand what’s happening in your love life and guide you toward making your relationship healthier and more satisfying.

Check out the box below for the newest deals for the eight best psychic networks that can give you the most honest and helpful reading.

Is There Such Thing As Christian Psychics?