Home » Blog » Padre Messenger Of Angels Review- Is Padre, The Angels’ Messenger A Scam?
Psychic Scams And How To Avoid Them

Padre Messenger Of Angels Review- Is Padre, The Angels’ Messenger A Scam?

Have you received emails from someone named ‘Padre, the Messenger of the Angels?’ He was flooding my inbox before I reported all contact from him as spam.

I was curious whether he was fake or the real deal, so I researched him before coming to that conclusion.

Here’s my review of Padre and why I do not recommend him to anyone looking for genuine psychic advice.

When I first landed on his website, I couldn’t help but notice how pushy it was toward paying for things! The first thing you see is a big block where you can request “your first free angel reading.”

The following two slides are links for buying some of his books.

That automatically put me off. I clicked on the “Who is Padre?” section to see if I could get helpful information about him.

He clearly states that he isn’t a priest and claims to be just a basic guy who has been gifted as a Medium and can speak to angels.

His family nicknamed him Padre as a young child because of his abilities and how he would always dress in all black and was constantly praying.

That’s the only personal information we get from him. He says he wants to speak with me today to help me with my problems, whether they’re financial, romantic, or luck related.

One line, in particular, made me chuckle- where he says, “It was not chance that led you here and inspired you to consult me. It was because you decided, ‘I need help to solve my personal problems as soon as possible.’”

Um, I hate to break it to him, but I was not there because I decided that I needed his help; I was there because he wouldn’t stop emailing me with promises of fixing my life!

Something Needed To Be Done

I knew that if I was getting his emails, so were many other unsuspecting victims, so I needed to see what his deal was.

The fact that he quickly changed the subject from himself to trying to convince me to connect with my guardian angel was my first red flag.

For me to trust a psychic, I need more information about their abilities, skills, talents, gifts, specialties, experience, etc.

Authentic psychics work hard every single day to verify their abilities and not be mistaken as fake. Padre did nothing to assure me of his skills or convince me that he has any sort of talent.

This is one of the biggest reasons I stopped wasting my time with these emailing psychics!

I stick with verified and trustworthy psychic networks such as Psychic Source, Ask Now, Path Forward, and other fan favorites on my reviews page. 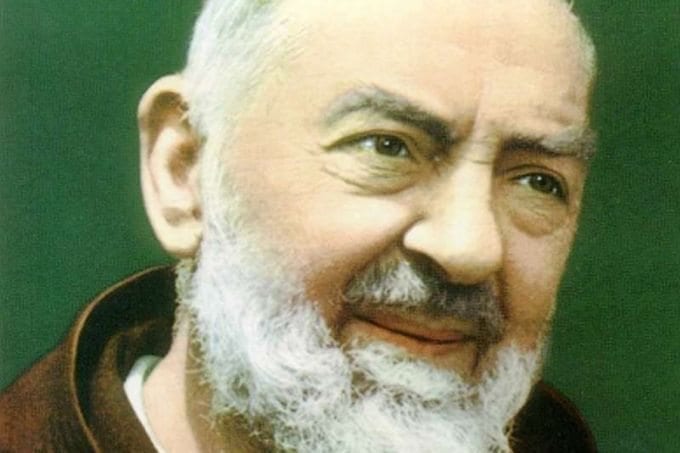 The website looks professional enough and has a little angel blog, but as I mentioned, there’s no heart to it. It’s full of links and blocks designed to push you into purchasing something or signing up for his services.

Many repeated messages appear throughout, along with testimonies whose writers seem to be fake stock images.

There’s lots of trickery and deception on Padre’s website, and even his ‘about me’ section was intended to trick me.

I wanted to get valuable information and background from his bio section. Instead, I got a couple of lines and a lot of sales tactics urging me to try a free reading for my problems.

Whoever picked the image to represent Padre did a good job, though; I’ll give them that. They chose a photo of a man who looks gentle, wise, and caring.

He seems like a loving grandfather you’d come to for comfort or a caring school teacher.

I believe they based his whole image and person on an Italian Saint named Saint Padre Pio. He was said to have worn black, prayed constantly, and was known as ‘The Angel of the Highway.’

I don’t have definitive proof that this image isn’t Padre Guardian Angel and that he has nothing to do with running this website, but I’m convinced it’s not.

During my time researching and reviewing other psychic scams, I learned about online digital marketing companies whose whole business is to create and market these fake psychic websites.

A very common one that I’ve run into a lot is called New Lotus Web Ltd. based out of Gibraltar.

There are hundreds of them though, and they are always based out of either Gibraltar or Hong Kong! They’re always foreign countries who target and market directly to the Western world.

The company that owns Padre’s site is called Sesam Limited and they list two different addresses:

The second Gibraltar address is the same for a different psychic scam I reviewed before called Maria Medium.

The company that owns her website and persona is Mediaweb Limited, so it’s interesting that this one has a different name but an identical address. The same goes for Angela, Guardian Angel, and Celeste, Angelic Medium.

I noticed that Sesam Ltd, Padre’s website, was based out of Great Britain from 2009 until 2011. That must’ve been when they started doing their business out of a country with laxer laws and less customer protection.

Gibraltar is known for being a shady country to conduct business in. Unless you’re trying to get away with something, there’s no reason to operate from there.

This address makes it even harder for me to trust Padre and his services. 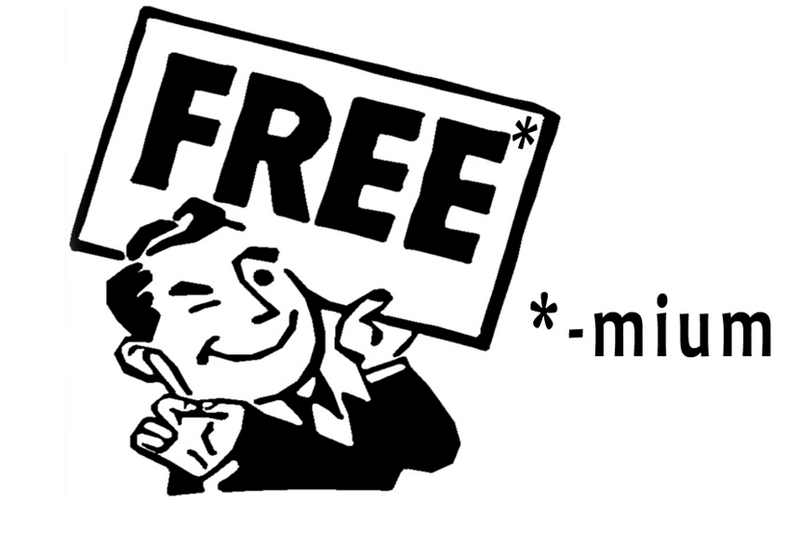 The idea that you could receive an angel reading free of charge sounds excellent. Unfortunately, nothing is ever free when it comes to these scamming psychics.

“Free” is just a way to get your personal information, such as your gender, date of birth, relationship status, etc.

I signed up for the free reading to see what I would receive, but I didn’t get a reading at all. All I got in exchange for my personal details was the supposed name of my guardian angel (Ariel, in case you’re wondering.)

Knowing a lot about how the psychic fraud game works, I feel that they send the cheesy response to your email first to see who opens it, and then they can focus on making things up that might resonate for that person.

That way, it’s easier for them to convince you to give them your money. They lump you into a group based on what you answered for gender, age, residency, and things like that. 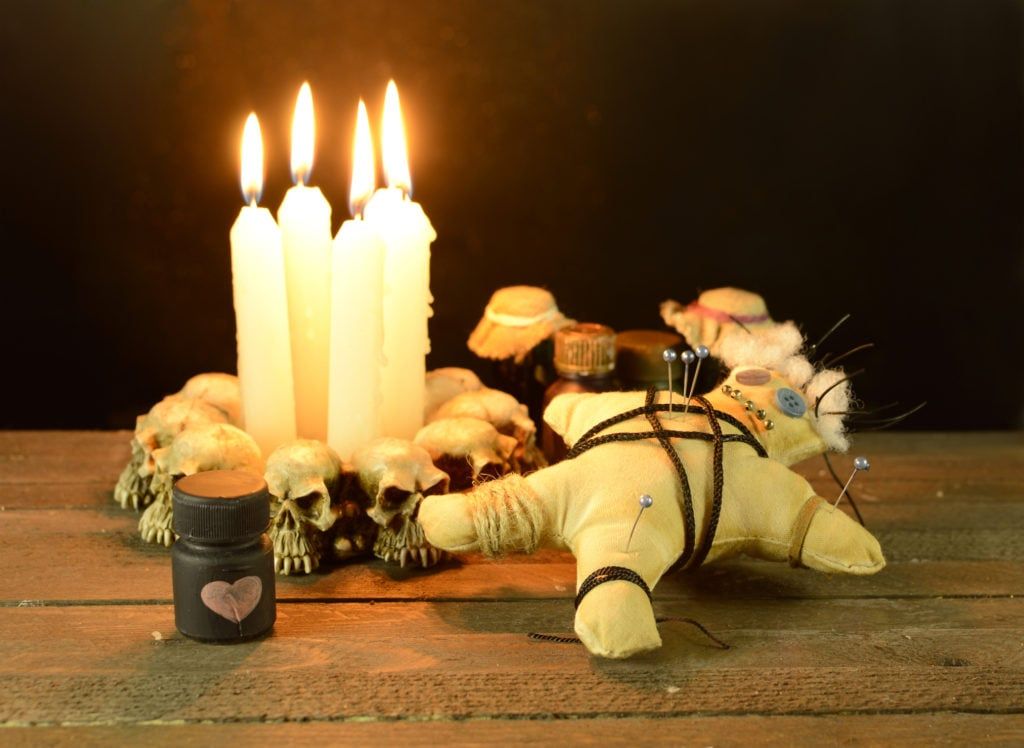 Nobody should ever use fear tactics on you to pressure you into paying for their services. I’ve always believed that and always will, thanks to what I’ve learned throughout the years.

I was so upset to see that this was Padre’s tactic. He uses trigger words and creates a sense of worry and unease throughout his emails.

He’s not the first fake psychic that has done this, and he certainly won’t be the last!

These types of scams are why I started my blog- to try and keep as many people as aware as possible when choosing the right psychic for them.

Never trust anyone who tells you that you have a curse or a spell placed on you. That’s a huge warning signal, and you should mark these emails as spam or report them if you’ve already paid. 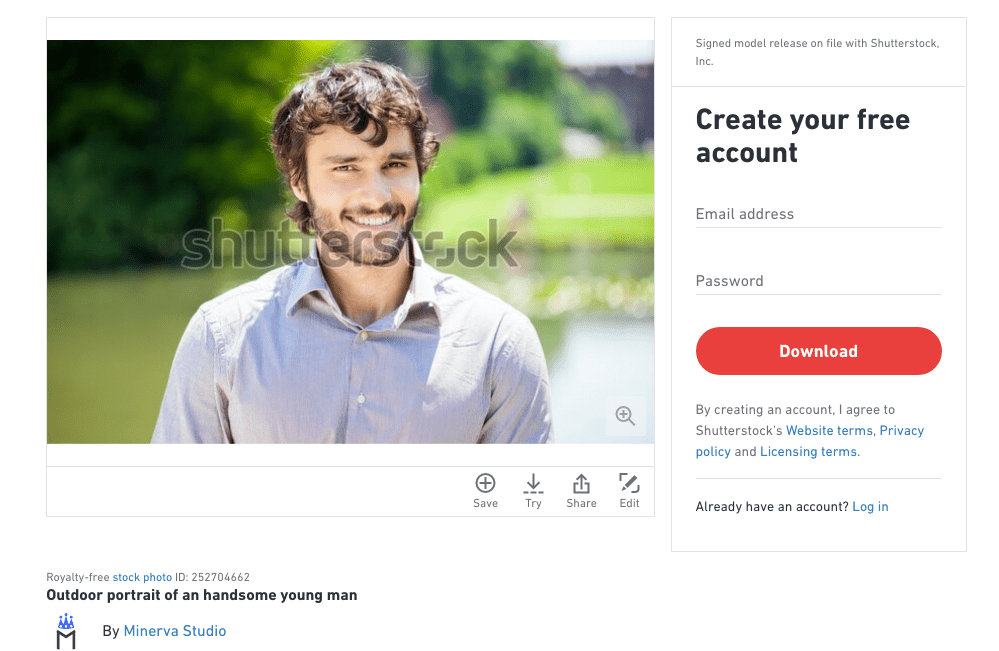 I touched on this subject earlier but wanted to go into more detail about what I mean. While I can’t prove beyond a doubt that the testimonials themselves are fake and made up, I can assure you that the photos of the alleged testimonial writer are all stock photos.

The company paid for them from companies like Shutterstock.com and is passing them off as their own.

Sure, they could be authentic testimonials, and they’re using stock images to represent the customer since they don’t ask the customers for pictures of themselves, but I highly doubt that.

This is another lie that keeps me from believing anything else about him.

7th Red Flag- The Massive Amount Of Complaints Against Him

If you check out Padre’s reviews on websites such as Sitejabber.com and Scamguard.com, you’ll find overwhelming negative feedback! The people have spoken, and they are not happy with him at all.

Many have the same complaint- that he sent them messages and that Padre convinced them to pay for readings because the messages were scary, and they were unhappy with the readings they bought.

They all wanted a refund and for someone to shut the website down.

Padre scammed some customers out of hundreds of dollars, some just paid the one-time fee of $69.99, and some kept getting debited automatically from their bank account when they weren’t supposed to!

8th Red Flag- Is He Even A Real Person Or Just Digitally Created? 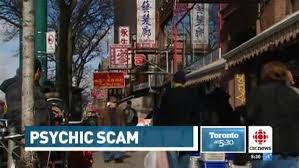 As I mentioned, his website is owned and operated by a marketing company, and there is no way to verify that Padre exists or is real.

I believe that “Padre” is entirely fabricated, and a computer, not a psychic, creates his readings and other communications.

Companies can create auto-bots to do and say anything they would like them to automatically. They can take the personal information you give them and make a speech about you that’s entirely automated and generic.

Many people complaining said they received the same reading from Padre that their friend received, just with their names changed.

I don’t want to get a reading done by a machine. I reach out to psychics when I’m going through a tough time, when I need answers and advice, etc.

They’re always sensitive and intimate topics, and I need to know that the person I’m spilling my heart out to is an actual person with psychic gifts!

The reason I love the psychic sites listed on my reviews page is that they have reputable psychics that have been tested and verified.

They go through various tests and background checks and are very particular about who they trust to bring on as readers with their company.

The reviews and testimonials on these sites are all 100% real, and their satisfaction guarantee is terrific.

There’s so much I don’t trust about Padre’s website, but the bottom line is that I highly suggest you stay away from him and his services.

Nothing on his website comes off to me as genuine or trustworthy, and the content of his readings is despicable, to say the least.

Save yourself the hassle and avoid him at all costs. You deserve to talk to authentic, trustworthy psychics like the ones below, who will provide you with genuine readings and outstanding intuitive guidance.

Psychic Still In Business After Scamming Almost $200,000 From Victim

Are We All Just Big Psychic Energy Sponges?

Do Crystal Balls Really Help During A Psychic Reading?

Real Psychic Stories Of The Rich And Famous